Inside the CM Vault: ‘You Must Remember This’ 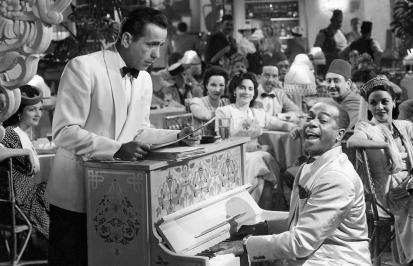 I’d paid a visit to my local library a while back, looking to borrow a few movies for the upcoming weekend, but on the way in I made a detour to a spot near the front desk, where used hardbacks, paperbacks, and magazines were sold. In the past, I’d found some pretty good deals there—hardbacks by Elmore Leonard and Nelson DeMille, a few Jack Reacher novels in paperback—but on this particular visit I spotted something different: an older book on movie history. Specifically, one filled with interviews of old-time stars, filmmakers, and others connected with the movie business.

It was titled You Must Remember This, and was written by Walter Wagner, an author I could find no information about anywhere online. A quick check of the book’s copyright page showed me it was published in 1975, and though the original retail price showed $8.95, it was selling for just $2.00, the library’s standard price for used reference books. I thought it might make for an interesting read, so after selecting my movies for the weekend, I plunked down my two bills, checked out my movies, and headed for home. And then ignored the book for six years! 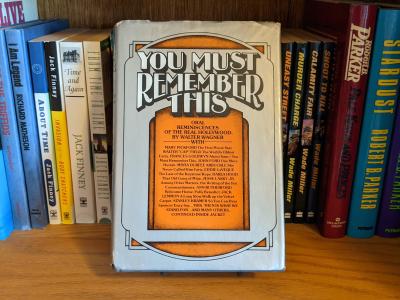 I finally got around to reading it last month, and I must admit, it was a lot better than I’d expected, and was both informative and entertaining, especially if you’re a fan of old films, and of the glory days of Hollywood. But what makes this book even more of a collectible item—and worthy of inclusion in the Monolith vault—was what I found tucked inside its pages: a small card, almost like an invitation, from publisher G.P Putnam & Sons, explaining that this particular edition was a review copy, sent to members of different media outlets, with permission to quote from the book in their reviews.

There were twenty-four people interviewed by Wagner, from silent-era star Mary Pickford to modern-day actor Jack Lemmon, with a lot of well-known names (Douglas Fairbanks Jr, John Ford, Edith Head) and not so well-known (Jimmy Fiddler, the first Hollywood gossip columnist; Cap Field, a 100-year-old movie extra; Eddie LeVeque, a member of the Keystone Kops) sharing the pages in-between. Their stories of life in the early part of the century, and how they worked their way up in the film business, were both fascinating and remarkable.

If you can find this book at a library or thrift store, I’d say give it a read. And if you find one of those preview cards inside, just remember: only 750 words or less allowed in your review.

6 comments on “Inside the CM Vault: ‘You Must Remember This’”